MHP Risk Reduction Inc.
What we do

You, Mental Health Law and Catch 22: A Layman’s Narrative

The age old family relationships of next-of-kin have changed with the new Canadian Constitution. Privacy Law and Capacity have been amended leaving the patient and our society worse off. Nobody told us! The patient having a Power of Attorney for Personal Care (POAPC) has all the laws work for him. Without a POACP, all the laws are against the patient and it’s a very expensive uphill battle to defend oneself and get the care needed which has been paid for by your benefits insurance.

Litigation is used by medicine to regulate efficacy which works well except in mental health. You as a patient are not considered a reliable witness and your testimony is not accepted at law. This has the effect of cancelling the process. Catch 22 at its finest.

Mental health courts by law use the kangaroo court style where hearsay evidence, confirmation bias, no under oath cross-examination is allowed. There is no due process as guaranteed under the Constitution. Lawmakers, judiciary, law enforcement, medicine all know this but this debacle continues unabated. Risk Reduction holds the remedy. That remedy is to stop it before it begins.

Defects in the administration of “mental health law” criminalize illness while allowing the service provider to escape with impunity.

You are expected to be responsible for your own health care decisions. This requires you to have legal capacity. By definition having been admitted to a mental health facility you don’t possess legal capacity. Welcome to Catch -22.

Risk Reduction uses scrutiny and intimidation (service provider knows who we are) to ensure a valid diagnosis and clinical pathway to wellness.

You don't want to be in the last quarter having been cheated.

Send email for discussion. Do you Zoom?

Trust Law is the basis for Risk Reduction’s process. Trust Law is a very big problem in our community when relationship documentation does not exist due mostly to the current interpretation of Privacy Law, where the antiquated notions, of spouse, parent or next of kin are no longer valid. You must have the appropriate documentation to ensure protection of your loved ones from the service provider.

Risk Reduction has included from the Attorney General of Ontario’s web site, the two Powers of Attorney, both for Personal Care and Property (free, not for sale) that you need. Just print them and fill them out and file away with your other important documents. You can save hundreds, if not thousands, of dollars by filling out these forms yourself.

If your loved ones get caught with all the laws against them by not filling out the free legal documents, you have become an enabler to their troubles.

If you have problems just email Risk Reduction using info@mhprr.com and we can show you how to do it.

Divorce has lead to non-traditional family relationship. Officially adopting children, no longer protects them. It is less expensive and more powerful to provide Powers of Attorney. Plus it’s a “nice” gesture for becoming part of a new family.

50% of our adult population will experience a diagnosable mental health event in their adult lifetime.

With a diagnostic error rate of 50% that means 25% of our adult population is living in avoidable distressed life health circumstances.

Our economy loses 4% annually of GDP. Utilizing Risk Reduction’s products & services, governments can increase their economies by 4% of GDP without any new capital spending or increases in operational expenses. People are more healthy, wealthy and happy.

There is no data reference to race data collection except to report that our Indigenous community have re-admission rates three times that of the main stream.

About one in nine patients hospitalized for mental illness were readmitted within 30 days after discharge in 2009-10, the Canadian Institute of Health Information says in its 2011 Health Indicators report released Wednesday. Mental health services are the focus of this year’s report.

The 30-day readmission rate of 11.4 per cent may point not only to sub-optimal discharge planning, but signal the need for better continuity of mental health services after discharge.

Both of these possibilities are reinforced by the fact that two of five (41 per cent) mental health readmissions occurred within a week of discharge, and almost two-thirds (64 per cent) took place within just 14 days.

Among provinces, 30-day readmission rates were highest in British Columbia (12.9 per cent) and lowest in Manitoba (9.6 per cent).

Nearly a third of short-term readmissions occurred with patients who had been hospitalized multiple times for mental health issues within a 12-month period. These patients also accounted for 28 per cent of all mental health hospitalizations and 27 per cent of the total number of patient days.

Another topic explored in the CIHI report is hospitalization due to self-injury.

In 2009–2010, approximately 17,500 Canadians – 45 people a day – were admitted to hospital after attempting suicide or deliberately harming themselves.

Young women age 15 to 19 were the most likely to self-injure. Women in this age group had a self-injury hospitalization rate of more than 140 per 100,000 – more than double the rate of men in the same age category.

CIHI says self-injury rates are another indicator of access to community care.

“While suicide and self-harming behaviours are very complex, they are considered largely preventable when accessible and effective community-based intervention strategies are in place,” Kira Leeb, CIHI’s director of health system performance, said in a news release.

CIHI’s Health Indicators report is produced in partnership with Statistics Canada, and presents more than 40 comparable measures of health and health system performance by health region, province and territory. It can be found at www.cihi.ca.

Risk Reduction uses graphics to describe the current lack lustre performance of the mental health status quo which costs any jurisdiction 4 % of its GDP annually. This data is well known to the profession without addressing the issue in a positive light.

The current status quo response is akin to “moving the deck chairs on the Titanic”.

Risk Reduction generates positive change, one subscriber at a time.

Doing nothing ensures that your employees will continue being abused by the status quo making you an enabler. 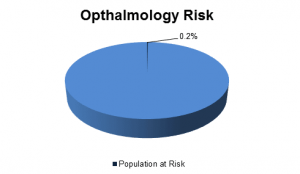 For decades opthamology has a near perfect record where of 1,000 patients 0.2% (2) experience negative outcomes. 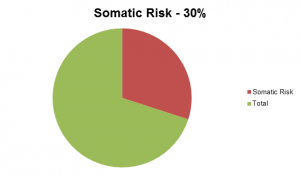 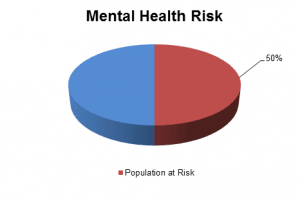 In mental health, of 1,000 patients, 50% (500) will experience negative outcomes. Using Risk Reduction the negative outcomes will approach zero on a by-patient basis. All of the savings that accrue will impact upon the existing negative multiplier effect that we currently experience with the contemporary status quo. 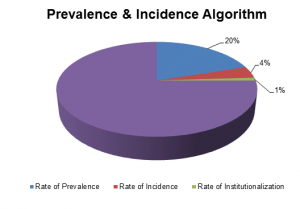 The data presented here is well-known by medicine and it is the same for all groups of people in any jurisdiction. Management is quite wrong in their assessment in their own populations and use confirmation bias in decision making (professional misconduct). 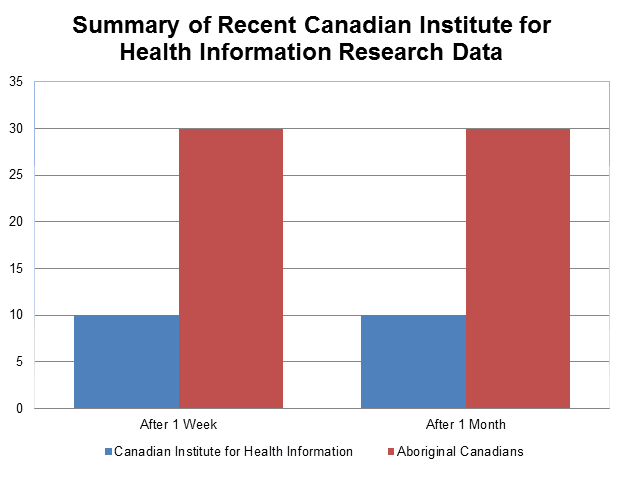 1/3 of all admissions are re-admissions
A very common event is the squandering of employee benefits funding due to repeated re-admissions caused by the service provider.

Example: One case where the patient endured seventeen (17) admissions where the first fifteen (15) were the wrong diagnosis at semi-private rate for six hundred patient days (600) @ $175 per day totaling $105,000. Giving lots of leeway of one hundred (100) days, five hundred days (500) totaling $87,500 were wasted, let alone the cost to the patient and family of dealing with repeated crises.